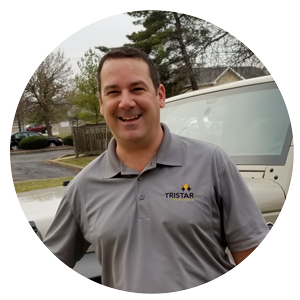 Jason is a proud Marquette High-School graduate, but a staunch Pittsburgh Steeler and Penguins advocate.  He was born in Pittsburgh and moved here with his parents at the age of 15.  He loves his wife Erin and his three children Tyler, Logan, and Maddie, his dog Belle, and his Jeep. He lives and works in Eureka, MO.  You will regularly find him perusing and supporting the local establishments, going to school activities, and participating in local events.  He is an active citizen and proud to be a part of the Eureka Chamber of Commerce. It is his desire to see Eureka and St Louis grow and prosper into a greater place to raise a family with the Midwest values he has grown to love.

Just after graduating from Marquette, Jason entered the apprenticeship program with the IBEW Local 1 Union.  His first 2 years of apprenticeship were at Benson Electric learning the basics of wiring, installing conduit, and UPS or back-up power systems.  He worked in small, medium, and large shops learning the different methods and techniques of each business strategy in the electrical field.  He finished his apprenticeship at Jarrell Mechanical where he learned the HVAC and motors side of electrical contracting.  They taught him temperature controls and the full scope of many wiring systems including Trane and ACES.  Jarrell kept him on as a full-time journeyman after his apprenticeship.  He worked his way up to general foreman and then director of electrical operations.  While there, they supported him in earning his master electrician’s license.

A natural leader and go-getter, Jason taught himself other systems and began to expand his knowledge of more low voltage systems outside the scope of operations Jarrell typically performed.  Wanting to explore these additional opportunities and systems, Jason decided to form his own business and step out on his own.  While learning mdf / idf build-outs, he developed relationships with anti-theft and security contractors.  Now he is working on bringing integrated security solutions to major retailers like Home Depot, Walmart, Lowes, Ross Dress for Less, Marshalls, and major shopping malls in St Louis area.  In similar fashion, he formed other relationships with cellular phone companies and began to install power to Digital Antennae Systems (DAS) and grow yet in another area of expertise.  This is a growing area, and with the future possibilities of fiber transmissions, we are poised to expand.  Not only is Jason trained in this craft, but two of our journeymen have just received certifications for fiber testing and installation.

Jason is excited about the future of St Louis and the possibilities within this community.  Always up to grabbing a Yeungling and a bite to eat, Jason is eager to work with you on your needs.  Tristar Electric is young, but growing.  Our employees are the backbone of the company, and our future is bright. 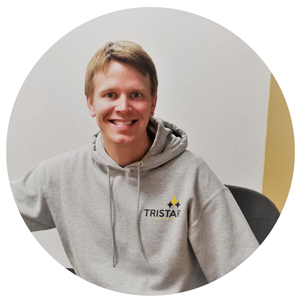 Jacob comes to Tristar Electric with 13+ years business to business sales and customer service experience.  He had known Jason as a friend for over a dozen years before asking to help him with his business. Jacob is excited to help Jason build his business and develop relationships with other business and construction leaders in the area.  As a husband and father of two, he knows this is a great place to work and still be able to raise his family.  Friends and family are important, and he knows Tristar is able to offer that kind of support. 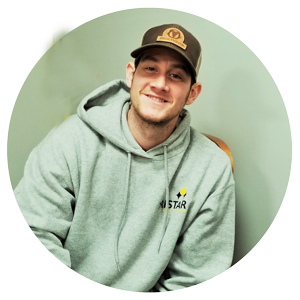 Justin came to Tristar because of the people and his desire to be a part of a growing small business.  He has 12 years experience in commercial, residential, and industrial electrical applications.  His knowledge of generator wiring was a helpful addition to a team with many different specialties. 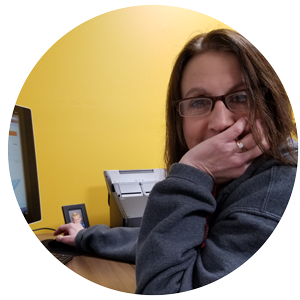 Janet has been in the construction industry for over 20 years! She started out helping her father in his garage door business. After a move she began helping in the plumbing industry.  Now, she adds electrical contracting to her construction tenure, and enjoys for
working in a small business and the ever exciting task of managing Quick Books.